"Scrobbling" is a feature which keeps tracks are being played. Like mentioned before, it tracks anything I play on my computer, iPhone or iPad! Not necessarily in real time, but it will eventually get synchronized with my Last.fm account at some point. You've probably noticed that I've written about Last.fm before, utilizing some Wordpress and other website plugins, but these days I am just using it to "track" my tracks played. Now you can still see what I've got spinning on my player at any time by clicking HERE! You can also join Last.fm and become music buddies; so we can each check out what we're both listening to.

NOTE: If you see Justing Bieber and other "pop' tunes on my list of top 10 tracks being played, its not me! (its for my boys and general party-vibe music... ;)

Posted by Ben Ducklow at 3:00 PM No comments:

Some of you may or may not know that I am a big fan of the Surly Brewing Co based out of Minnesota. I collect, consume and partake in the beers as well as their Surly Gives A Damn charitable work (yeah, I've done charitable things with them from - rounding up Nice Ride bikes from the U of M campus to spending time cleaning up at the Twin Cities Habitat for Humanity's ReStore location. Aside from doing these great things for the state, they kinda kicked it all off back in 2011 its key, now deemed, "Surly Bill" which has since opened the door for many other great breweries in the great state of Minnesota such as Fulton, Dangerous Man and many, many others. On top of their great beers, I simply love their 'vibe' as well as design that they have!

Even though I am somewhat sad and disappointed in more recent news that co-founder and head brewer, Todd Haug left only to join up with another forceful brewery, Three Floyds based out of Indiana, I am still diggin' what Surly does and will continue to support them. I am eagerly anticipating their releases this year, especially from their bottle program. Click below to check out their 2017 release schedule as mentioned in one of their recent e-mail newsletters: 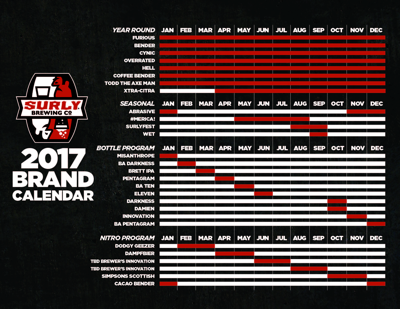 Posted by Ben Ducklow at 8:50 PM No comments:

I know, I know, I know... You've prolly seen this one a few times. It's so goo though, I have to share the love! Not much more I can say about this, but it may have been staged, but its an instant classic! 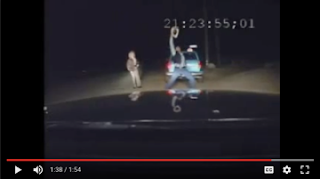 Posted by Ben Ducklow at 7:50 PM No comments: